Nelson Mandela International Day (Mandela Day) is an international campaign established to inspire the global community to respond to challenges facing society, mainly unemployment, poverty and inequality. The campaign is still growing at a rapid pace since its launch in 2009, with many companies and non-governmental organisations participating and activities widely communicated through national and international media.

In its seventh year, the Mandela Day campaign was again observed in more than 146 countries through partnerships with the Department of International Relations and Cooperation and Brand South Africa.

With growing participation in Mandela Day, the Foundation has strategically reviewed this global campaign to evaluate and understand its impact, and to identify some of the barriers to the initiative achieving its maximum impact. Integral to this is understanding the Foundation’s role in Mandela Day and the factors affecting this.

Research was conducted by KPMG and its findings gave the Foundation a directive to move away from a one-day blitz to mobilising organisations and individuals to continue with their Mandela Day programmes throughout the year.

As a result of this shift, the Foundation becomes a facilitator of all Mandela Day initiatives globally, aiming to build social cohesion and to mobilise people the world over. The initiatives will be aimed at sustainability and measurable impact.

Mandela Day commemorates the lifetime of service Nelson Mandela gave to South Africa and the world. It was launched on his birthday, 18 July, in 2009, and adopted via a unanimous decision by the United Nations General Assembly in November that year. “It is in your hands to make of our world a better one for all,” he said a year earlier, calling on the younger generation to take up this task.

A successful Mandela Day 2016 was overseen, with the Mandela Day website refreshed, resulting in greater use (19 200 on 18 July 2016, compared with 9 900 in 2015). There was broad participation in activities by government (146 South African embassies abroad and 11 South African tourism offices), civil society and companies.

Over the year in review, activities focussed on four main themes: education and literacy, food security, shelter, and participation and environment. These pillars have strong relevance to the Millennium Development Goals. 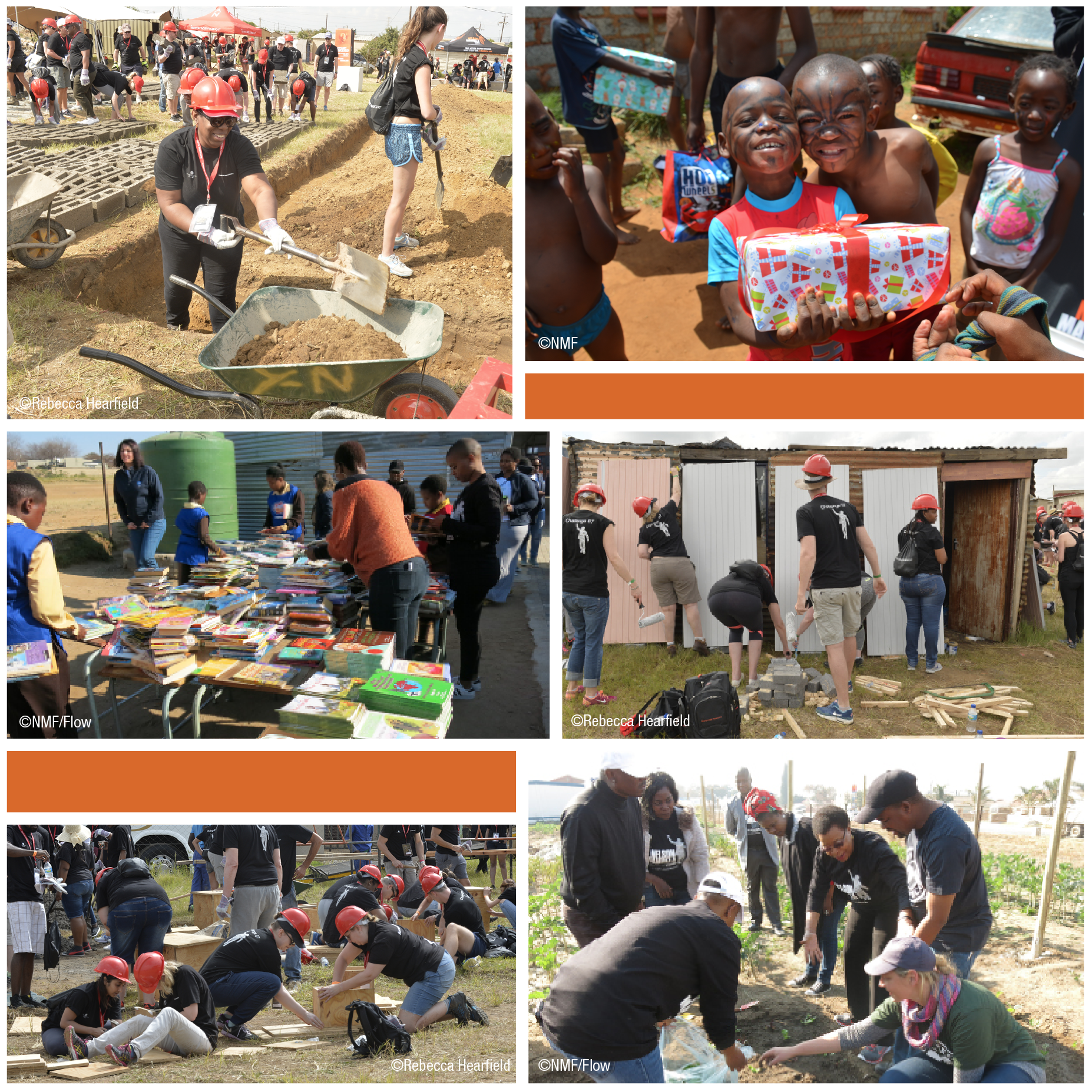 Mandela Day initiatives that continue to improve the lives of marginalised people include:

The Foundation hosted a Mandela Day Marathon in partnership with the uMgungundlovu District Municipality in KwaZulu-Natal at the site where Mr Mandela was captured by police in August 1962. More than 14 000 runners participated, including 100 international entrants. The Mandela Day Book Drive has facilitated the donation of more than 100 000 books for Mandela Day Libraries through different partners.